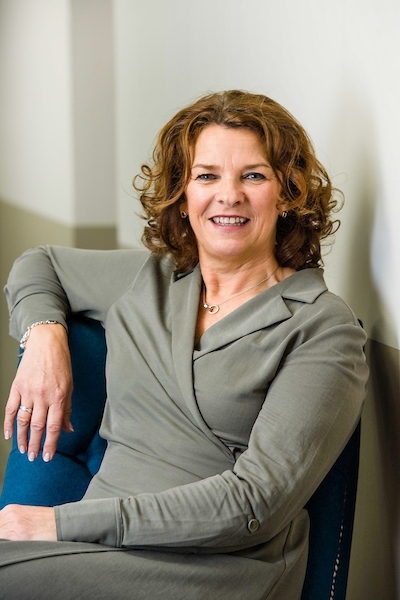 “Her efforts to achieve a resolution were quite heroic. She saw possibilities where we saw only hopelessness.” HMRC Senior Director

"The difference after our mediation was unbelievable. To have the ability to bring two people to understand the frustrations that each have with one another without argument was remarkable." Quote from Chambers & Partners 2018

Dorcas Crawford is the Senior Partner at Edwards & Co where she has practiced as a solicitor since 1987. She specialised in litigation for most of her career, culminating in representing 5,000 police officers in a Group action for psychiatric injury. The experience of that litigation, Northern Ireland’s longest running civil action (102 court days), made her re-evaluate the whole area of dispute resolution and, in doing so, she pursued a longstanding interest in mediation. Dorcas completed CEDR’s Mediation Skills Training Course 2008 and was invited to be one of the founding members of CEDR Ireland’s Mediation Practice Group in 2011.

In 2009 she set up a working group in Belfast to work with the legal profession and members of the judiciary to raise the profile of mediation in N.I. and she frequently speaks at business events and writes in the business press about the benefits of mediation.

In 2013 Dorcas participated in the CEDR specialist Panel set up to consider the use of mediation in Public Inquiries because of her wide experience in Public Inquiries in Northern Ireland. The Panel prepared a report for the UK Government which was published in Jan 2015 (Setting Up and Running a Public Inquiry, Guidance for Chairs & Commissioning Bodies).

In 2015 she launched a specialist mediation service in Belfast, the better way (www.thebetterwayto.com).
Dorcas is the only NI Mediator ranked in Chambers UK (2016, 2017, 2018).

Dorcas believes that contact with the parties prior to the mediation is a vital part of the process and she likes to talk to each party before the mediation takes place to develop a rapport and ensure all concerned understand what is going on. She finds that this works well to enable the parties to ‘hit the ground running’ on the day of the mediation.

During the mediation itself Dorcas adopts an open and relaxed manner but will also be firm and direct when the situation requires it and she will ensure the parties are guided away from wasting valuable time.

"Her efforts to achieve a resolution were quite heroic. She saw possibilities where we only saw hopelessness"

“A lively, energetic and engaging style helped motivate parties throughout”

“sensitive to parties, their needs and position"

“I was particularly struck by her continual and beneficial eye contact with the Client. The Client felt confident in the good faith of the mediator throughout”

"Dorcas is a natural mediator, very at ease with people and at making people feel they can trust her. I was very impressed with her during the pre-meetings, in the way she grasped the technicalities and the details of the HMRC case, and during the mediation day itself. One of the HMRC team was extremely cynical about mediation yet was a convert at the end of the day"