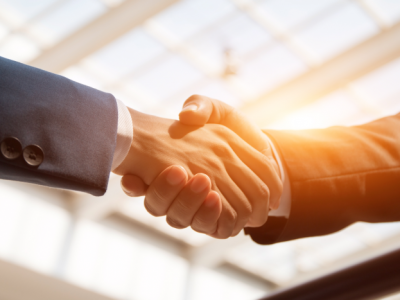 According to an audit carried out by the Centre for Effective Dispute Resolution (CEDR) in London in 2016, mediation can save businesses around £2.8 billion per year in management time, relationships, productivity and legal fees.

It’s not hard to see how these figures are calculated since business disputes in the commercial courts can take years and it’s not just the time that is costly, as the CEDR audit highlighted, it’s the collateral damage that drains business resources. Traditionally the winner in litigation gets their costs paid, but even in this scenario it only means the lawyers’ costs - the business will never recover the hours of work spent by personnel preparing witness statements, bundles of documents, copies of correspondence, attending meetings with lawyers,.....the list goes on.

The reality is, crucially for businesses, that mediation is significantly cheaper than traditional court action. A commercial case listed for two days in the High Court could easily be expected to cost £75,000 - £100,000, whereas mediating the same case will cost around £5,000.

In one of my recent commercial mediations, the parties estimated the total costs in running the case, including a ten day High Court trial, to be around £2.5m, whilst the maximum value of the claim was £1.5m. Unsurprisingly, a day’s mediation and several follow-up meetings resolved the case.

In smaller cases the cost to a business of trying to pursue debts through the courts can easily outweigh the amount owed. A standard mediation clause in a business contract means parties must try mediation first and there are a number of reputable providers of low and fixed price mediation for this kind of dispute.
Internal disputes between staff are another area where businesses can make significant savings by using mediation-based methods to resolve conflict.

In 2015 the CBI reported that £33billion and 20% of managers’ time was spent by UK businesses on workplace conflict. Whilst it's hard for small business owners to grasp figures of this magnitude, most of us can see examples of it every day and can imagine how the cost escalates exponentially.

Take, for example, a minor dispute between two members of staff. It begins with feathers being ruffled because one isn't perceived by the other to be pulling her weight - she often takes Mondays off and her colleague has to take up the slack when she's not there. Tension builds and work starts to suffer –
'why should I work hard when she doesn't care?', 'why should I correct the mistakes she's made?'.

And then it becomes an issue that has to be discussed at management meetings because it's been noticed. Soon it appears on the agenda at every meeting and takes up valuable time that should be spent discussing the finances and strategy of the company. Before long the tension has built to such an extent that it affects other members of staff and the atmosphere is so bad that others take the occasional Monday off too.

And so it goes on, until someone makes a formal complaint, lodges a grievance and the HR manager is called in to conduct a formal investigation. Ultimately it ends up in an Employment Tribunal. In a small organisation the conflict permeates all levels and the damage to the business is incalculable.

The cost-savings resulting from using mediation in workplace disputes are stark – on average a mediation process will cost £1-2,000. An average Tribunal process is more likely to cost £10 – 15,000.

If we can help your business resolve disputes in a cost-effective way, please contact Dorcas Crawford at info@tbwto.com