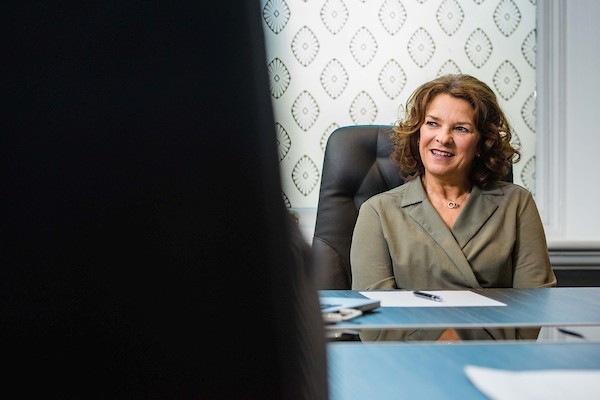 I still find that basic definition to be a good description of what mediation is, but over the past 11 years, as I have developed my practice, it has become so much more. I have used the basic mediation skills I learned then to broaden what I do to go beyond the resolution of a defined dispute between parties because I have seen, in real life, how widely those skills can be applied.

As a lawyer I always thought of my job as helping people find a solution. The circumstances that brought them to the legal world for answers usually represented a problem that needed to be solved. The difficulty is that legal solutions are often binary, restricted in their application and are rarely creative. They are also largely based on a concept of finding out who was at fault and rectifying that through compensation or punishment. There are many circumstances where that is necessary, but the world is also full of people and situations where that approach is not the answer.

Often what people are going through is not a clear, defined dispute, it is broader – in general it is conflict.

As a result of my experience as a lawyer, a mediator and a business owner I have learned that conflict should be approached not as something to be avoided, or to be resolved only when it has escalated into a dispute, but something that should be managed as the inevitable fact of life that it is.

I have learned that we need to accept that conflict will arise, particularly in the context of a vibrant dynamic culture, wherever people are working together. That means we should expect it, prepare for it and, rather than avoid it, we should ensure that it is managed effectively.

Conflict need not always be negative, though most of us see it as such because we are not equipped to handle it in a positive way. The conflict itself is not the problem – it is how we react that determines whether it is constructive or destructive.

That learning has shaped what has now become the broad range of conflict management services that the better way offers. We help our clients find solutions for the future, rather than wrangling over the past; we help people to repair relationships for a better working environment, rather than finding out who is to blame for past wrongs; we work with leaders at the top of their organisations to ensure that the potential for success is not hindered by a disability to disagree without falling out.

We find this proactive approach works with organisations, large and small. We help them embed this approach and have seen them transform as a result. Many organisations invest in skills programmes to enhance performance, but they forget that the conflict that arises from human interaction can undo all of that if it is left off the skills list.
Of course, even when a proactive approach is taken, conflict can sometimes escalate and in that case early intervention is the crucial factor. People at all levels need to recognise the signs at the earliest possible stage before it goes too far.

Once it’s picked up, there are difficult conversations to be had, exactly the kind of conversations that most people try to avoid. Having a neutral third person to facilitate that makes all the difference – it makes it safe, constructive and helps the people involved to get to the bottom of the problem and find a better way of working together in the future.

Sometimes the conflict does become a real problem and turns into a clear dispute between two or more people. This is when I revert to that original (and timeless) training and to a more formal mediation process which is tried and tested and is highly effective in terms of costs and resources. The neutral mediator concept helps people to articulate the real issues and assists them in negotiating a solution. The same process works for individuals, board and senior executives and external commercial disputes.

There’s a reason I called it the better way.